A Girl Who Wore THE Moon - after IGMC confessions 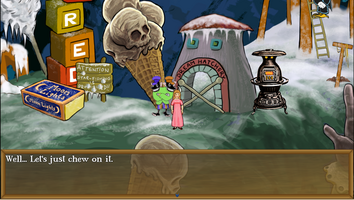 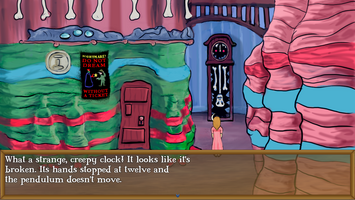 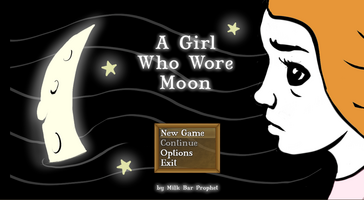 It's a very rushed effort as it is probably evident by the ESC bug and the nightmarish error in the title. It's my first "serious" attempt at making a game in RPG Maker (even though I dabbled a little in XP, Ace and MV itself before as I own all these engines but nothing ever came out of it) so I was still learning some RPG Maker essentials, got to know what it can do easily and what are its limits. I made it in 3 weeks and originally it was planned as a 9 (NINE) room/map game, with the backstory, proper introduction, wholly different ending and fully fleshed out world.

What you have here is roughly 15% of all the planned content that SHOULD be there. Due to some external issues and less-than-perfect time management combined with the lack of RPG Maker knowledge I found myself cutting virtually every corner to make the submission on time, and had no time for beta-testing or proofreading.

But even considering all the flaws and bugs I'm glad I made it. I write it all not only to explain myself but also to encourage everyone who is prone to giving up or abandoning projects (it was always my Achilles' heel and I know it's an issue for way too many creative folks) and sometimes doesn't have the will or drive or whatever it is to make his/hers game and/or pursue your creative dreams, whatever they might be. I was on the verge of quitting my IGMC 2017 game dev affair several times (due to approaching deadline and my inexperience with the engine) but I think it's good to finish projects even if they are flawed like this one, so one can learn on the mistakes (and get better) and has some sense of accomplishment after all.

Get A Girl Who Wore the Moon

A Girl Who Wore the Moon

She awakes on board of a weird train, surrounded by Nightmares. She has a moon in her hair, but no ticket...